The Dangers of Binge Culture

The Dangers of Binge Culture 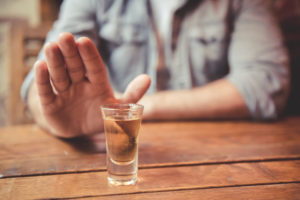 We’re currently in the full swing of Lent, which is preceded by Mardi Gras’ Fat Tuesday for a reason: some people want to engage in all of the “bad activity” they plan to give up for Lent as much as possible before Lent begins. But our western culture encourages binging and purging far beyond Fat Tuesday and Lent – and it is encouraged in a dangerous way.

When many young adults enter college and are finally legally allowed to drink, they are not usually taught through example to drink in moderation. Rather, college drinking culture is highly integrated with binge culture. No amount of drinks is too many for a person engaging in a binge after a period of going without. Women are misguidedly told to “eat for two” during pregnancy, but then expected to quickly lose pregnancy weight through extreme dieting. This is only a tacit expectation, of course, but the number of headlines devoted to celebrities’ post-baby bodies is evidence enough of its existence. Dieters who don’t have an eating disorder still regularly engage in a “cheat day,” which is relished by many because, yet again, it is an opportunity to binge recklessly and then purge. This approach in those who do have an eating disorder usually manifests as bulimia nervosa. The idea of “going all out” because we “earned it” or can “make up for it” later is a pervasive one in western culture, but is it healthy? No.

The assumption that we can switch our habits from one extreme to the other doesn’t just fly in the face of what we know about habit formation neurologically, but this idea of excessive indulgence is one that haunts many addicts. Whether a now-sober person is being told by a friend that he or she should "finally have a drink" because they have "earned it" or an addict can't seem to kick a habit because he or she keeps falling into the trap of “one last hurrah,” this culture of binging and purging isn’t doing anyone any favors.

What to aim for instead is balance, moderation, and commitment. If you are alcohol or drug free now because of addiction issues, you need feel comfortable committing to your new lifestyle. But that can be difficult to do when other areas of your life are still in the binge and purge mode. If you’d like to create a more balanced and moderated life outside of alcohol and substances, consider making gradual changes. If you find yourself excessively eating and then starving yourself or exercising for hours on end to make up for it, try to break the cycle. If you find yourself working needlessly long days to the point of harrowing exhaustion all because you’d rather do that than spread your work out, consider adopting a new approach. Take a look at your life as objectively as you can and try to identify any habits that are tied to binging and purging in one way or another. Address the issues you find and you will be rewarded with a much less dramatic and balanced lifestyle across the board, which can positively impact your recovery.

Elizabeth Seward has written about health and wellness for Discovery Health, National Geographic, How Stuff Works Health, and many other online and print publications. As a former touring rock musician, Elizabeth has firsthand experience with the struggles of substance abuse and the loss of loved ones because of it. She believes in the restorative power of yoga, meditation, talk therapy, and plant-based diets and she is an advocate for progressive drug policy reform.